skip to main | skip to sidebar

"Maybe, someone's gonna save me. My heart is made of gravy, and the laps I swim from lunatics don't count." (Pavement) 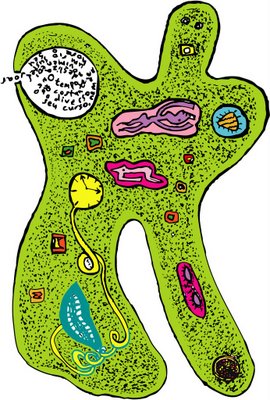 "I won't last a day without you." (The Carpenters) 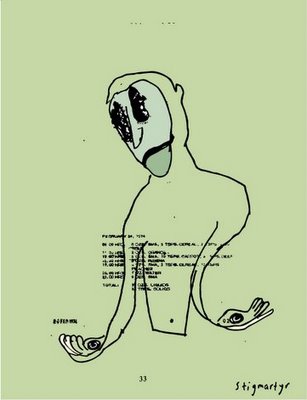 "We are pleased to announce neurons in the human brain, bubble trouble." (Rifle Nice) 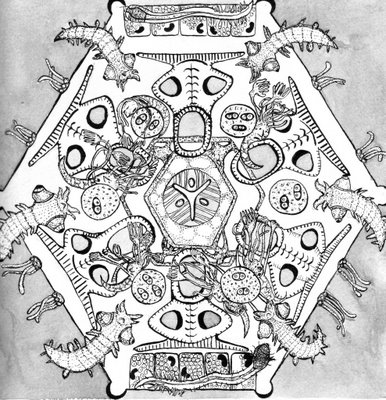 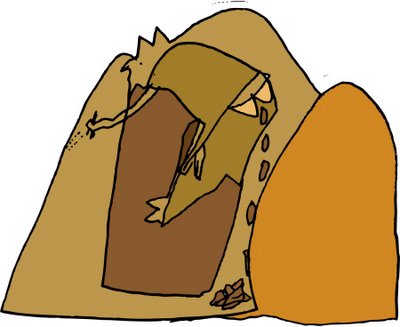 "Can I ride with you until the sunset gets all red and we'll be chased by the moon?" (Architecture In Helsinki) 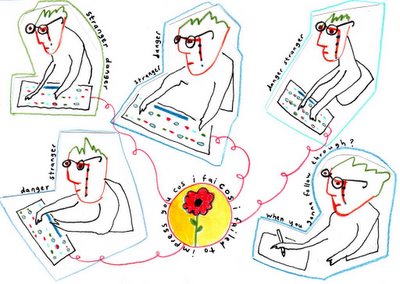 It'5, Architecture in Helsinki

"You could have it all if it matters so much" (Razorlight) 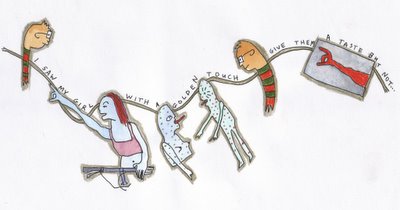 "The hardest part is letting go of your dreams." Jeanette by Gravy (1st half of a portrait swap) I now own two, count 'em, TWO amazing pieces of collage work by the most-talented Switchsky. A reason for celebration. I had the immense good fortune of seeing Indiana doing a searingly intimate gig at a venue just round the corner from chez Gravy. Absolutely blown away by these guys. Listen to 'em, see 'em, doff your caps.

Same old shit, day in and day out? Snap. It's kind of sweet we way we all live our lives according to empirically positivist mantras like 'onwards and upwards' and 'everyday in every way I'm getting better and better'. Truth is: we never change, do we?

I spy...a lot of people desperate to be seen and heard (the human condition). Where gravity is dead Laura Veirs, Where Gravity Is Dead 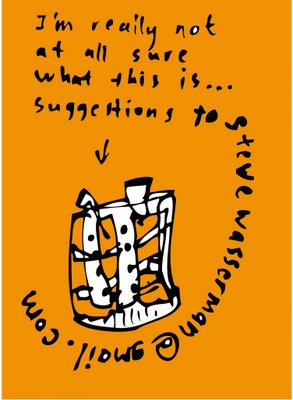 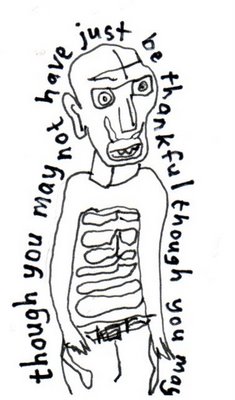 "Though you may not drive a great big cadillac,
Gangster whitewalls tv antenna in the back.
You may not have a car at all,
But just remember brothers and sisters
You can still stand tall:
Just be thankful for what you've got..."

Be Thankful For What You've Got, Massive Attack/William DeVaughn

"Waiting for Pete Doherty to die..." (The Indelicates) 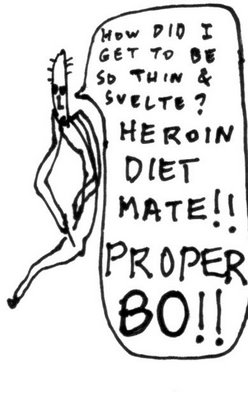 Forget the Arena hagiography, this song by The Indelicates says it all.
Posted by Steve at 7:43 PM 1 comment:

A Buckley fan can't believe that Jeff is actually dead (having seen him the night before on YouTube). 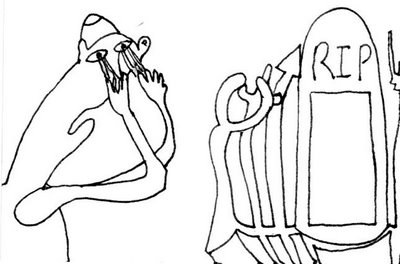 "Only wish that you were here, you know I'm seeing it so clear, I've been afraid." (David Gray) 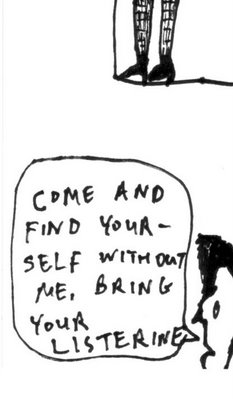 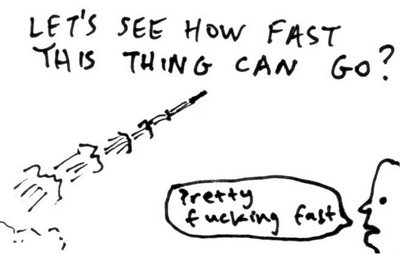 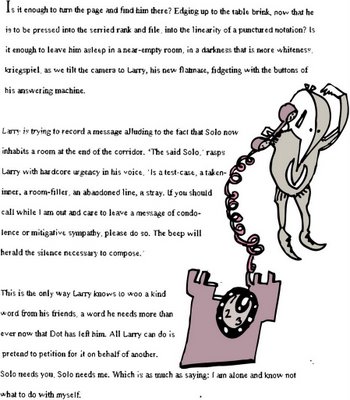 "So I pad through the dark
And call you on the phone
Push your old numbers
And let your house ring
Till I wake your ghost...." 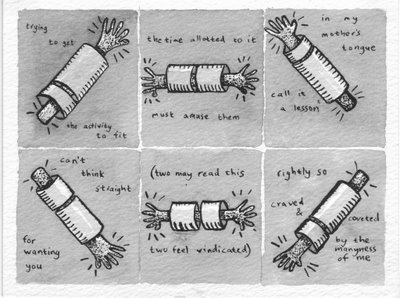 So the Guardian wants to know about our undiscovered musical treasures. If I told you that the missing link between the current batch of pan-ethnic troubadours (Bonnie Prince Billy, Damien Rice, Sufjan Stevens) and the epic noisemeisters of the 90s (Pixies, Nirvana, Flaming Lips) was an Irish band whose lead-singer played Outspan Foster in Alan Parker’s ‘The Commitments’ and had Jeff Buckley pitching in as his roadie, you’d tell me to feck off back to Shamrocksville.

But Glen Hansard and The Frames are this band, and ‘For The Birds’ is this album. Their new one, 'The Cost', ain't half bad either.

I’m not Irish, I’m certainly no Bonophile, and I don’t need obscurities as an external validation of cool. I just know that if this album doesn’t make your secret weapons list, we may as well remove the word ‘ecstasy’ from the dictionary and replace it with ‘critical consensus’.

Falling Slowly, The Frames [LISTEN]
Posted by Steve at 6:40 PM No comments:

"She was smitten from the first by a curious fellow, she said I love the way you talk." (Elvis Costello) 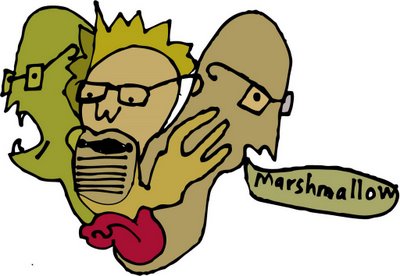 "And if you want
We'll make it good
Before my mood swings."

Quiet, I am sleeping, in here, need a little hope. (Smashing Pumpkins)

"Be ashamed
Of the mess you've made."

"You sit there in your heartache, waiting on some beautiful boy to save you from your old ways, you play forgiveness, watch it now, here he comes..." 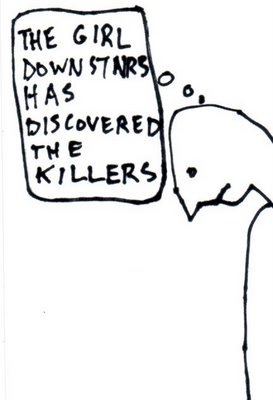 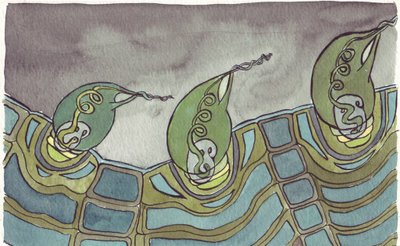 You can't get much quieter than a Low song. Not sonically quiet, because Mimi Parker is whacking that snare drum laconically but fairly insistently. But quiet in a slow-down, quell the monkey mind's insistent chatter manner.

I used to go to sleep listening to lullaby-Low, I'm sure we all have. It's music that encapsulates that moment when you're just about to drop off and bed is the best place to be: cosy and quiet and agreeably empty. Like the grave. 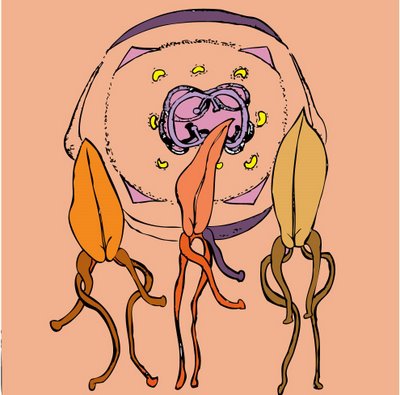 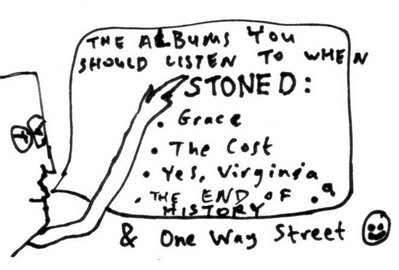 Don't Be Afraid, You Have Just Got Your Eyes Closed 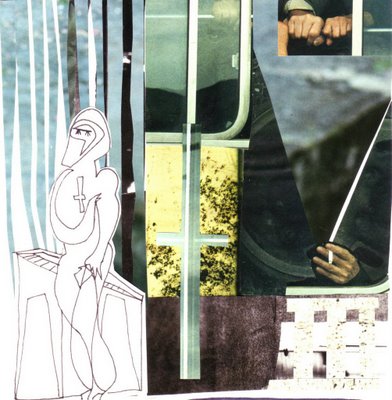 "They tell us "autumn's a-comin', and soon everything around us will die..." (The Flaming Lips) 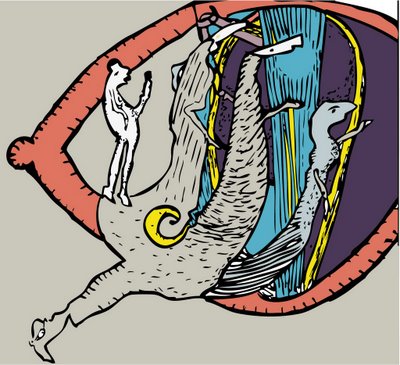